Girls basketball: No. 3 Silverton smothers No. 7 Lebanon 51-30
Tweet
The Foxes limit the visiting Warriors to seven points in the second half in the 5A Mid-Willamette Conference game
January 14, 2020 by Jeremy McDonald, jmcdonaldmedia 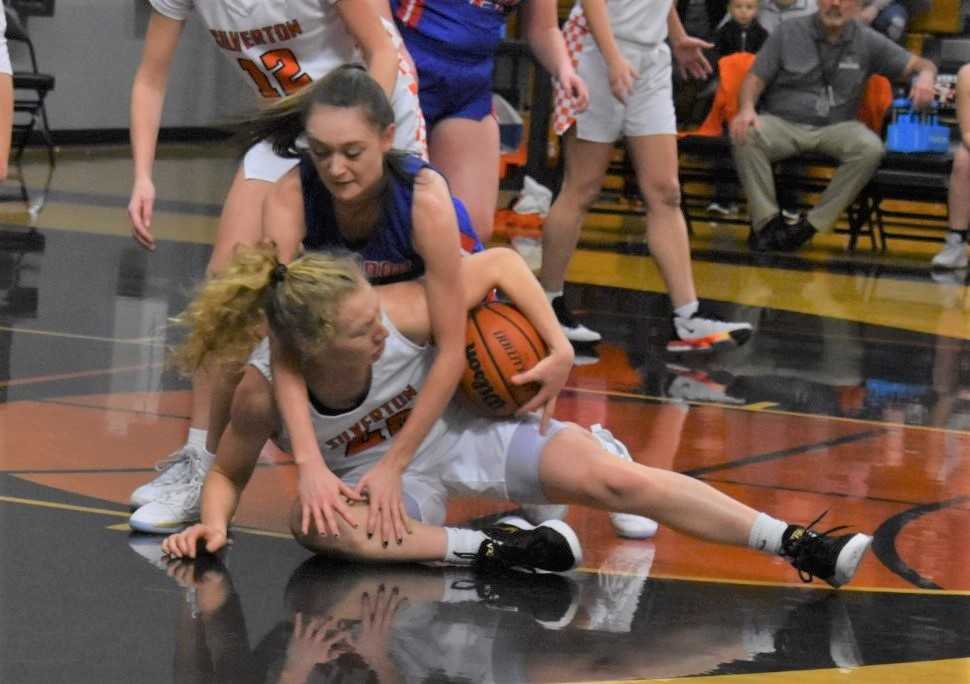 Silverton's Ellie Schmitz (white) goes on the floor for a loose ball Tuesday against Lebanon. (Photo by Jeremy McDonald)

SILVERTON – No. 3 Silverton clamped down on defense in the second half to pull away for a 51-30 win over No. 7 Lebanon in a 5A Mid-Willamette Conference girls basketball game Tuesday night.

“We just had to focus in, give in … use our legs,” Silverton senior wing Ellie Schmitz said. “Lower half is everything. Use your lower half, be like a unit and move together. I think we responded well.

“I think it’ll be tough coming back to their house in February. It’ll be a hard battle, but I think we’ll be ready for it. It’s going to be fun.”

Silverton led 12-5 after the first quarter, but Lebanon scored the first seven points of the second quarter to pull even at 12-12. That's when the Foxes took over with their man-to-man offense, cutting up the Warriors with backdoor cuts and post play, to open an eight-point lead at half.