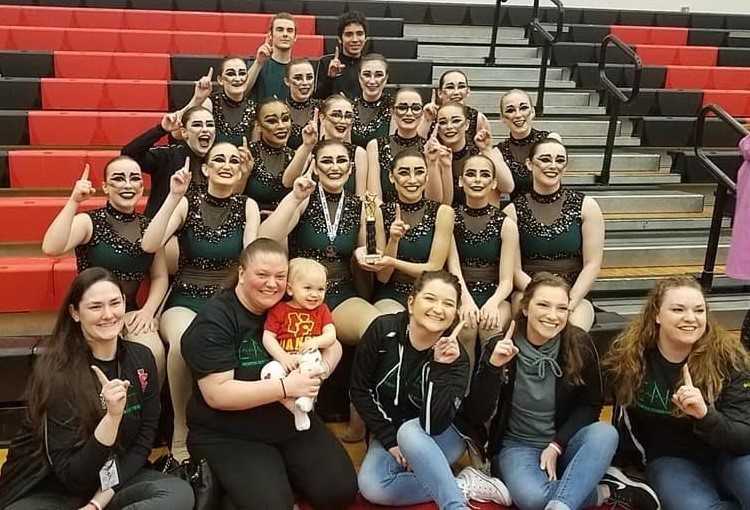 North Eugene earned Grand Champion honors and first place in the 5A division at the Thurston competition.

On Saturday, dance teams marked the halfway point of the traditional season with competitions at Thurston and Tigard.

In the 4A-1A division, Marshfield, competing for the second week in a row, earned first place with a score of 82.00. Sweet Home finished second (68.63).

West Salem was the only team to compete in the 6A division. The Divine Titan Dancers earned a 66.20 for their performance.

Nine teams competed in the 6A division, making it one of the largest divisions to date.

In the Show division, Putnam, competing for the second week in a row, earned first place with a score of 77.47. Parkrose’s performance of “Maybe? We’ll. See.” finished second (74.83).

Teams in the 4-1A, 5A, 6A, and Show divisions will compete on Saturday at Parkrose and Sherwood.