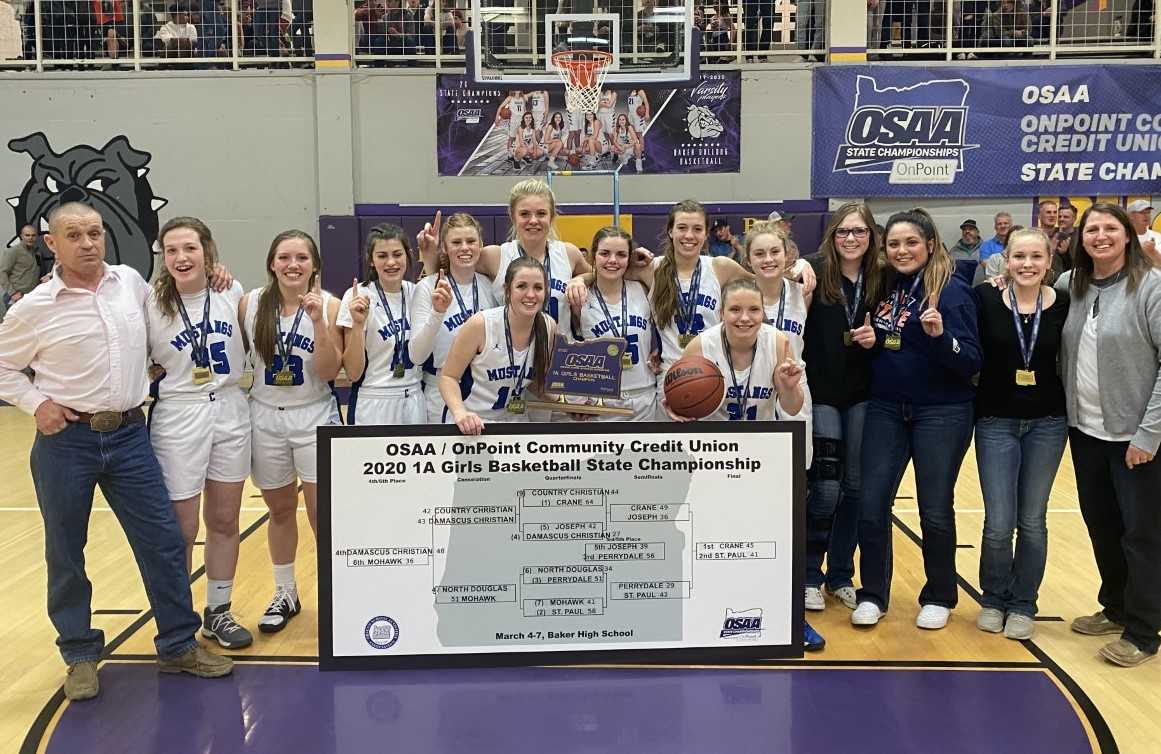 It is the second title for the Mustangs, the other coming in 2004. St. Paul (28-2), which went 30-0 to win the championship last year, was going for its sixth title but could not overcome Crane.

Both of St. Paul's losses this season came against Crane. On Jan. 25, the Mustangs snapped the Buckaroos' 49-game winning streak by defeating them 64-49 in a neutral-site game at Bend High School.

Crane took control from the start Saturday, racing to a 9-1 lead behind five points from sophomore guard Taelor Hammack. When junior forward Laurel Witzel hit a three-pointer late in the first quarter, it was 16-3.

St. Paul outscored Crane 15-6 in the second quarter to pull within 22-18 at half. Senior post Isabelle Wyss had five points in the quarter for the Buckaroos.

But the Mustangs jumped on St. Paul at the start of the third quarter. Siegner hit a jumper and a three-pointer and junior post Riley Davis added a basket to make it 29-18. The lead grew to 37-23 when Davis scored inside late in the quarter.

A layup by Siegner gave Crane a 45-33 lead with 3:13 left in the game. St. Paul scored the last eight points, the final basket by Wyss with five seconds to go.