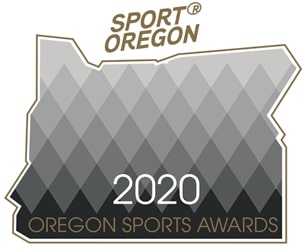 As part of Week Two of its celebration of the many outstanding athletic achievements in the state over the past year, the 2020 Oregon Sports Awards this week announced its second group of award-winners.

Once again this year, Sport Oregon and NBC Sports Northwest are teaming up to present the 2020 Oregon Sports Awards, with top athletes and coaches from 21 different categories highlighting the 68th year of the state’s annual sports awards.

Finalists for the Oregon Sports Awards were nominated and selected through a statewide voting panel consisting of TV, radio and print journalists, and respected sports professionals. Originally the Hayward Banquet of Champions, the Oregon Sports Awards began in 1948 to honor Oregon’s outstanding professional and amateur athletes, teams, coaches and administrators from many levels and a wide range of sports. This year’s awards program includes modifications due to the cancelation of spring prep and college sports, and the suspension of professional sports in response to COVID-19. Spring prep

sports awards and the Harry Glickman Award for the professional athlete of the year have been suspended for 2020.