Girls basketball: Vonleh commit adds to Arizona momentum
Tweet
West Linn post Aaronette Vonleh, ranked as the No. 38 recruit in the Class of 2021, will join Bendu Yeaney with the Wildcats
July 20, 2020 by Jerry Ulmer, OSAAtoday 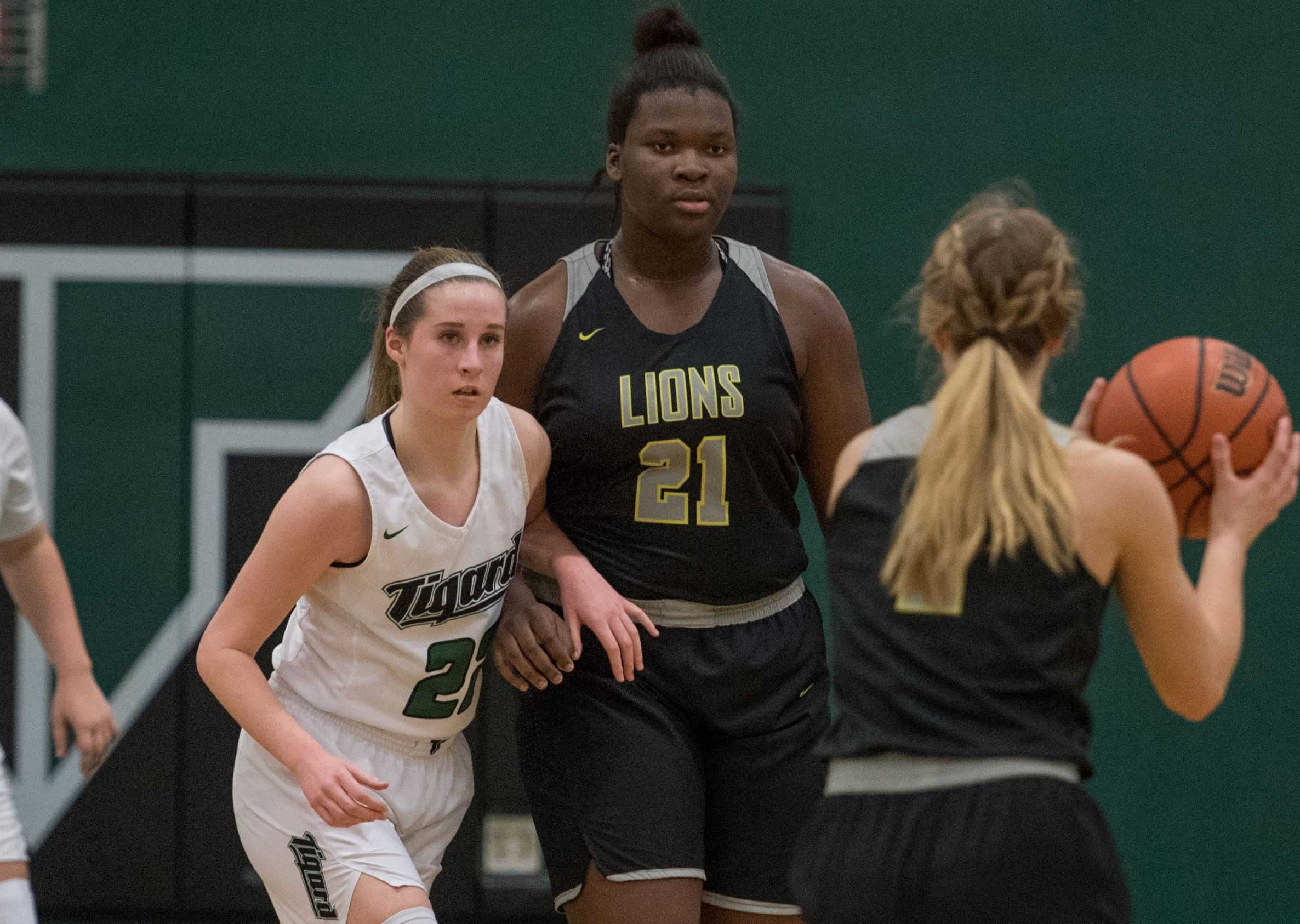 As a five-star recruit, West Linn's Aaronette Vonleh had a long list of options for continuing her basketball career in college.

But one school, Arizona, stood above the rest.

The Wildcats are one of the nation's fastest-rising programs. They have been loading up on elite recruits. And they have one of Vonleh's friends in former St. Mary's Academy star Bendu Yeaney, who transferred there from Indiana this year.

Add in her strong rapport with Wildcats coach Adia Barnes, and it was more than enough to sway Vonleh, who committed to Arizona last week after also seriously considering offers from California, Colorado and USC.

“With this class that just signed, and the 2021 class, I feel like we'll be able to be as successful as they were this year and keep getting better over the four years we're all there,” the 6-foot-3 post said. “Considering they were able to do a lot this year compared to previous years, they can only build off of that.”

Her commitment continues building momentum for the Wildcats, who went 24-7 last season and were on track for their first NCAA tournament appearance in 15 years when everything came to an abrupt halt due to COVID-19.

Vonleh said her connections with Yeaney and Barnes, the leading scorer in Arizona history, gave her a comfort level with the Wildcats.

“It was easy learning more about them from Bendu,” Vonleh said. “And Adia went there, so I had different people I could compare and see if I could fit in there.

“I feel like the biggest thing was the relationship I had with all the coaches. I felt like it was stronger than the ones I had with other schools. And Arizona was a better fit because some of those schools had already signed players that play my position.”

Vonleh moved to Oregon after her brother, Noah, was traded to the Portland Trail Blazers in 2015. She has started her entire career at West Linn, leading the Lions to the 6A Three Rivers League title last season by averaging 17.1 points, 7.5 rebounds and 1.2 blocks and shooting 64 percent from the field.

Powerful and athletic, with soft hands and a deft shooting touch around the basket, Vonleh emerged as a national-caliber recruit, rising to No. 38 in ESPN's rankings for the Class of 2021.

“She was coming on at the end of last year as a really dominant player,” West Linn coach Brooke Cates said. “I think when she's around other kids like her, she'll step up. I think Arizona is super lucky to get her. And I think she's super lucky to be at Arizona. I think it's a win-win.”

Vonleh can carve out space inside and “will catch anything” thrown to her, according to Cates.

“She can go right, left, any direction,” Cates said. “It's pretty special. I just think she's finally coming into her own. She's always had two or three people guarding her.”

Cates raved about the potential of Vonleh, affectionately known as “Netty” by friends and teammates.

“Her athletic ability is off the charts,” Cates said. “Being as young as she is, I think when she gets a couple more years on her, and kids like being around her, I think she will fly. She's just a very, very rare talent. On top of that, she's this great person. So you don't have this huge ego with this great talent. Her teammates love her.”

Even after the Trail Blazers traded Noah to Chicago during the 2017-18 season, Aaronette remained in West Linn, living with her mother and grandmother. Noah now plays for Denver.

“My mom definitely was considering moving,” Aaronette said. “But I just told her, 'There's only two more years left, and I don't want to go somewhere and have to start all over again, when we already have something good going at West Linn.' It worked out in the end.”

Vonleh said she had a “connection from the start” with her teammates at West Linn. She believes the team has unfinished business after last season, when the third-seeded Lions lost at home to No. 14 McMinnville 57-53 in the 6A playoff round of 16. West Linn's entire roster is eligible to return in 2020-21.

“We haven't been able to do everything we wanted to yet, but I feel like this last year could be when we win state, or accomplish all the goals we set,” she said.

Vonleh and Roden will carry a heavy load for West Linn this season, but much will hinge on the development of their teammates.

“I was kind of hoping that some of the younger girls could get better and more confident playing this summer,” Vonleh said. “Some of them were going to start club, and then all of this stuff happened. So most of their season got canceled. I'm just hoping that us who have been able to play can go back and help them out as much as we can.”