When your football-playing son goes off to college
Tweet
A personal essay in this age of COVID
July 28, 2020 by John Tawa, OSAAtoday 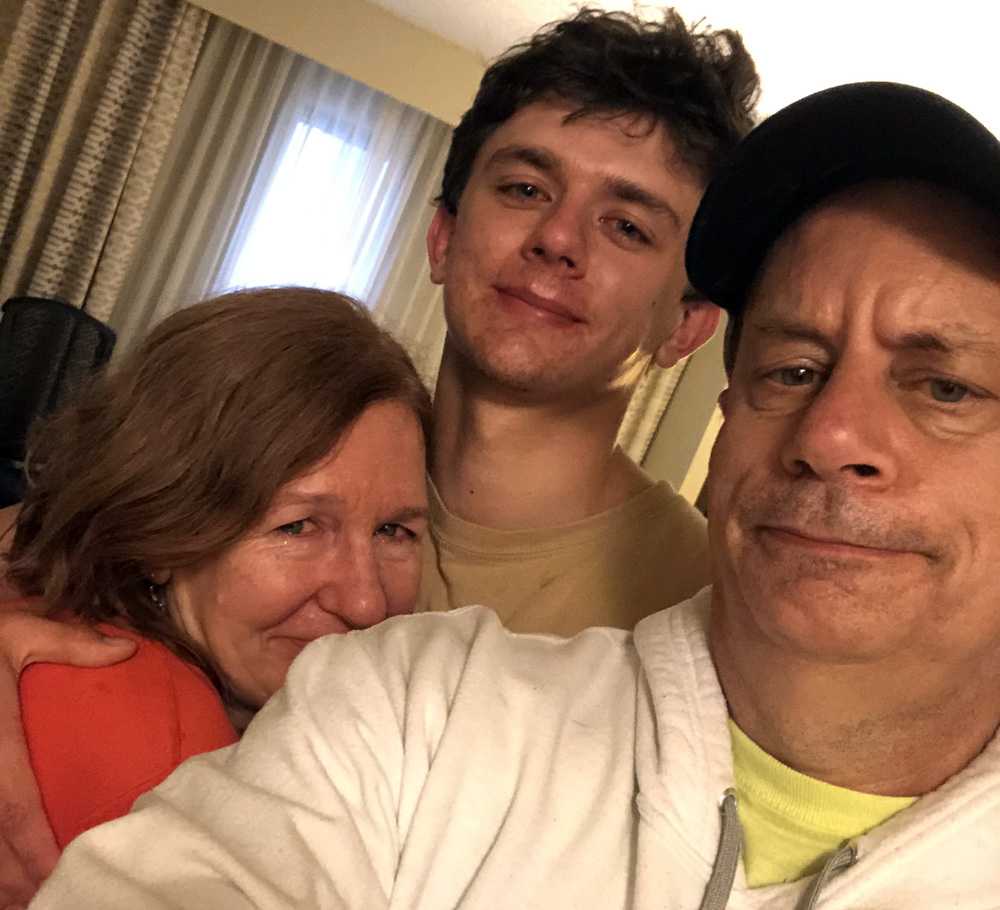 Last Friday during a morning Zoom, Rice University head football coach Mike Bloomgren told his team and the parents listening in that it was time to begin getting ready for the 2020 season.

“I know it’s a big ask,” he said, “but we’d like everyone here by Sunday evening.”

My wife, Lisa, and I looked at each other, strain marking our faces.  We knew this day was coming; we just didn’t expect only two days’ notice.

But for COVID-19, Casey Tawa, a First Team All-State wide receiver from West Linn HS, would have been in Houston for a month already, prepping for his freshman season with the Owls. In a sense, we were fortunate that we got to “keep him” all this extra time. As we listened to Coach Bloom, however, we also quickly realized what Casey’s new reality was going to be.

“Hotel attached to a medical center.”

“Food brought to your room.”

On Sunday morning, the three of us boarded the plane. There’d already been three teary goodbyes, the first with “The League,” his crew of 10 schoolmates he’ll always be close to; the second with the family labradoodle, Maddie; and the third with his brothers at the airport. Lisa and I knew that our tearful farewell also was “on the clock.”

Upon landing in Houston, we drove straight to Rice and walked around campus for a couple of hours. Rice is gorgeous. Nothing was open, of course, but Lisa and I were comforted knowing that Case would be spending his time in such a beautiful environment for learning. After dinner, we dropped him at the hotel, thankful that he could see us until he got his first COVID test.

The next morning, we collected Casey and bought all the things that haste caused us to forget as well as those things every college student needs, like a mattress pad and microwave oven. He was going to move into his dorm room eventually…

Shopping gave us a common cause and a distraction as the hours ticked away. It was nice.

The tears started in earnest as the car pulled into the hotel parking lot that evening. His test would be administered first thing the next morning. This was goodbye.

Lisa and I had been through this before with our eldest son three years earlier. I stupidly thought it would be easier because of it. But it was much, much harder, maybe because we were leaving him in Houston, thousands of miles away; maybe because we hadn’t had time to process his leaving; maybe because we were leaving him, alone, in the midst of so much uncertainty. No “welcome to campus” orientation. No cookout. No late night parties with soon-to-be friends, all of which are hallmarks of a freshman’s first days.

One goodbye turned into a second. We felt compelled to knock on his hotel room door. One last hug. One more message that we would be right there with him even though we were miles away. One more “give ‘em the ol’ Tawa 1-2!”

One week later and Casey seems to be thriving in spite of the unusual circumstances. He’s making friends now that strict quarantine restrictions have been lifted. He’s confident he can help the team win.

Lisa and me? We feel his absence palpably. His car parked on the street in front of the house. Bagels and eggs going to waste because Casey isn’t home to make “a quick sammy.” Less laundry to do…

It’s probably the abruptness of his departure that is making us feel so forlorn. Because we raised him to one day fly away.

He’s flying with the Owls now.

And while it makes us sad, we wouldn’t want it any other way.