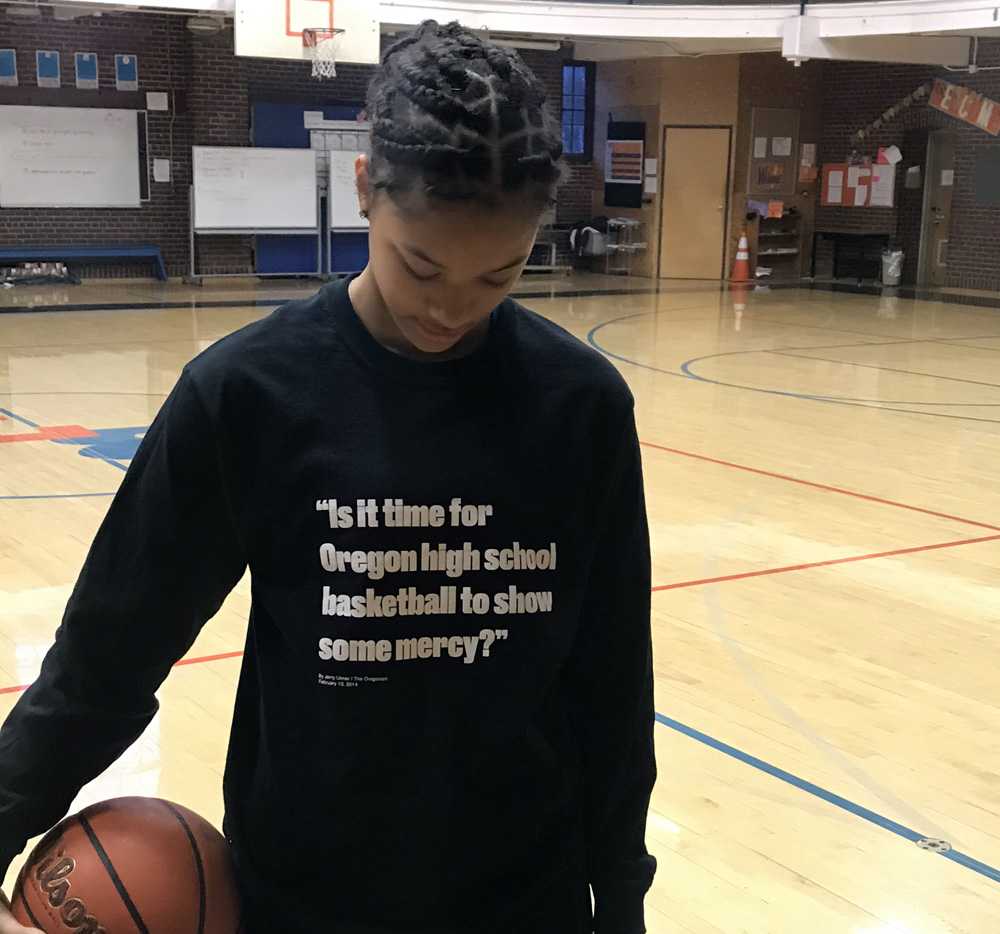 [Editor’s note: The idea behind “Alphabet Stories” is to write one noteworthy athletics-related story about each OSAA-member school. We started with Adrian HS on Sept.18. Today’s story is about Benson HS. The goal will be to write two per week. While we will be relying upon athletic directors to furnish story ideas, anyone may offer suggestions by emailing [email protected]]

In 2013-2014, Eric Knox’ first year coaching the girls basketball team at Benson, the Techsters won just two games. His team couldn’t put the ball in the hoop and 50-point blowout losses were so commonplace that Jerry Ulmer, then of The Oregonian, used Benson as an example to advocate for a mercy rule in basketball.

Five seasons later, Benson shocked the state by blowing out two-time defending 6A champion Southridge, 66-42, to win the first girls basketball state title for any Portland Interscholastic League school in more than 30 years. The title also was the first for Benson in any team sport other than track & field in 29 years.

The girls who led Benson to glory in 2019 are all gone; graduated, after starring for the Techsters, many for four years. Which begs the question:

Can Benson do it again?

“We have an incredible freshman and sophomore group,” said Knox. “They are as talented as the state championship team if not more.”

Knox took the girls’ job at Benson after being a finalist for the boys’ position, which he’d really coveted. On his first day of tryouts, he discovered that this wasn’t the same Benson he knew. A school he thought would be overflowing with athletes was bereft of them.

“I had a lot of doubt,” he recalled. “Did I make the right decision?”

A youth mentor and pastor, Knox created a youth basketball program, Holla Hoops, for Black and brown girls at the middle and elementary school levels.

“I wanted to create something holistic,” he said. “I understood how important it was to play in a program with other girls who looked like them.”

Six years later and Holla is thriving, as is PIL girls basketball. Knox said he only gets 2-3 girls coming to Benson annually from Holla. The rest end up at other PIL schools or the big privates like Central Catholic and Jesuit.

“I wanted to make the PIL competitive,” he explained. “When I got to Benson, not only was Benson bad but the entire PIL was terrible. Now it’s more competitive than it’s ever been and has the best set of coaches in the PIL for girls. In the next two years, I believe it will be the best league in the state.”

Last season, the first since Benson captured the state title, the Techsters went 18-7. The 10-player roster featured four freshmen and only two seniors. The season started, as it has since Knox arrived on campus, with a trip to the school’s trophy case to honor Benson legends of the past. It ended with an eight-point loss in Round 2 of the playoffs to a South Salem team that made the state semifinals before COVID canceled the rest of the state tournament.

One day, the current collection of Benson players could join legends from the school’s long ago past and the more recent past. Sophomores Onna Brown (“the most naturally gifted two-way player I’ve ever coached,” said Knox) and Malaya LeSueur (“dynamic wing”); and freshmen Mauriana Sahleem Hashemian-Orr (“will be my best point guard ever, hands down”) and Mahogany Chandler-Roberts (“6-3 and a special talent”) will lead the way.

Knox has told his current group that it can be better than the title team. But it’s not a given.