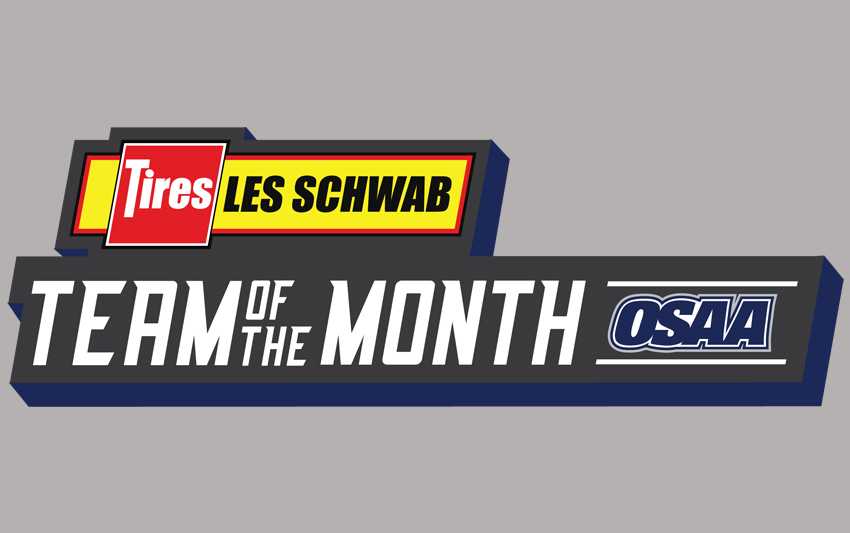 Each month throughout the 2018-19 school year, Les Schwab Tires and the OSAA will recognize a varsity team of the month for each of the six classifications. The winning teams will be chosen based on performance, dedication in the classroom and service to the community.

The winners will receive a commemorative trophy and a $100 donation to the team's program, courtesy of Les Schwab Tires. They also will be celebrated by their local Les Schwab Tires store and recognized on the OSAA’s website and social media platforms.

The awards will be selected from nominations. To nominate a team, please fill out the form at http://www.osaa.org/awards/team-of-the-month. The deadline is the third business day following the end of each month.

The Panthers, who moved from 2A to 1A this season, are off to a 4-1 start in their transition to the eight-man game. They also have promoted school spirit by filling the cheering section at home volleyball matches. “Having their support has created a great atmosphere at our games, and we appreciate it,” volleyball coach Jennifer Teeter said.

The Cobras, 3-7 last season, are off to a 4-1 start. They have been even more impactful off the field, providing 1,200 community services hours to the Brownsville-Halsey-Shedd area. They have helped people move, painted the school parking lot and provided instruction for youth players. Their new character development program – Men of Central Linn – requires them to be men of class, character and commitment. “This program is spilling into the school and other athletic teams in some ways and has been a positive experience for the entire school,” teacher Mark Watt said.

The Crusaders (8-12) are 11th in the OSAA power rankings, higher than they have finished in the last seven seasons. The two-time reigning 3A academic state champions continue to excel in the classroom with rigorous schedules. The team, which last year donated $1,500 to the local breast cancer screening center, is on its way to match or surpass that amount this year. They volunteer at the local hospital, organize events for their church and tutor younger students.

The Seagulls are off to a 5-0 start and are No. 1 in the OSAA power rankings and OSAAtoday coaches poll, averaging a 4A-best 55.4 points per game. They also worked as a team to clean barracks at the state’s largest cross country meet – the 3 Course Challenge at Camp Rilea in Warrenton – and volunteered to manage the field and operate the chains and clocks for the Seaside Kids Inc. youth football jamboree.

The Vikings are No. 3 in the OSAAtoday coaches poll and have five runners ranked among the top 10 of the Mid-Willamette Conference and the top 34 in 5A. They have a combined unweighted GPA of 3.97, including two salutatorian candidates and four valedictorian candidates. They have volunteered to help at multiple community races, including the Willamette Valley Marathon. They help each spring with a campus beautification project coordinated by team leadership.

The Cougars finished the month 6-1, one of their best starts in school history, outscoring their opponents 45-11. They have a cumulative GPA of 3.4 and are involved in multiple community service projects. Many of the players are involved in Young Life, where they help mentor youth. Of the 17 players, 15 are multiple-sport athletes.