Speech: State championships 'felt like ultimate redemption'
Tweet
The high school speech community joins forces to complete an all-virtual season after its 2020 championships were canceled
May 9, 2021 by Jerry Ulmer, OSAAtoday 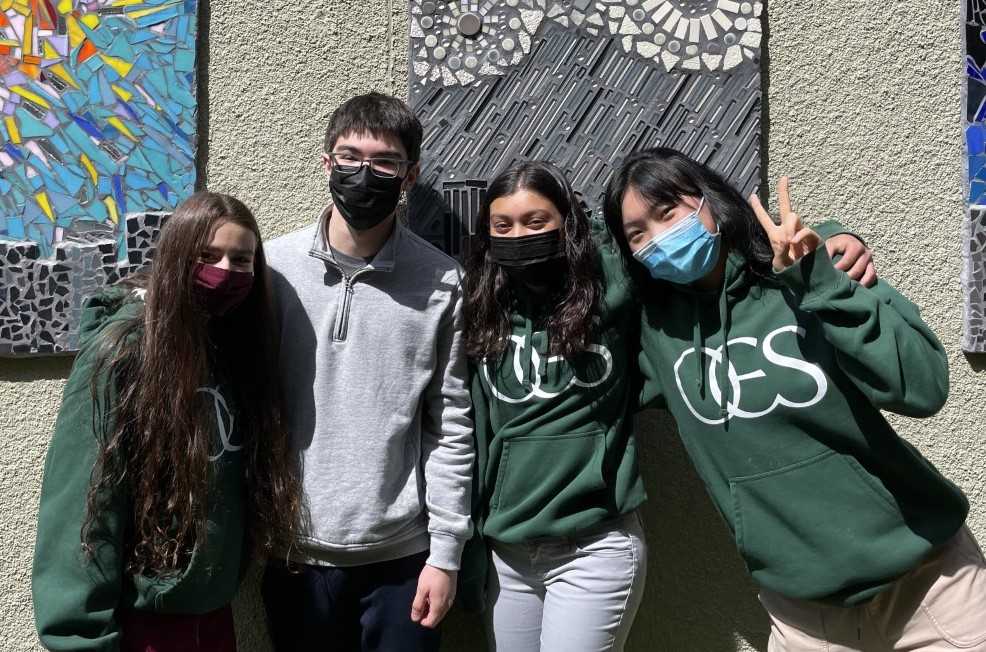 A year ago, the high school speech community was reeling from the COVID-19 crisis wiping out the season just prior to the state championships.

“I felt like we had really been building toward something,” Lakeridge coach Katie Wilson said. “Across the state, lots of hard work that pretty much evaporated.”

Speech coaches and administrators were determined to overcome all obstacles to complete the 2020-21 season, and their efforts came to fruition in the OSAA championships April 22-24.

“To be able to start up nearly on time in 2020-21, and have a complete season, we were just really proud of what our organization was able to do,” said Clackamas coach Ameena Amdahl-Mason, a member of the championship committee for the past decade. “All the coaches rallied together to make things happen for students.”

Wilson, the president of the state coaches association (OHSSL-CA), said finishing the season “almost felt like this ultimate redemption. All of this that was lost from a year ago, we were looking to make up for that, all of us.

“The coaching association are some of the smartest, most creative and collaborative people ever. We're competing against each other, and yet, we seamlessly come together almost every weekend.”

Wilson said that coaches built trust and enthusiasm throughout last summer and early fall as they prepared for an all-virtual season. Taking a cue from the National Speech and Debate Association, which staged virtual championships in June 2020, the Oregon high school season began in early October.

“It was a constant tension of, 'We want this so badly, and we have no idea what it's going to look like,'” Wilson said. “We just had to get everyone on board. By mid-November, there was no doubt in my mind that we were going to be able to have a state championship.”

Marshfield coach Kayla Crook, named the speech educator of the year, was instrumental in providing a blueprint for virtual competition. She was the tournament director for one of the first competitions, the Southern Oregon Coast Invitational.

As the season unfolded, it was clear that the virtual format had advantages and disadvantages. For some schools, Amdahl-Mason said, it was “more challenging to compete because of their physical location and their internet connectivity.” For others, it broadened their horizons.

“It's really helped OES compete inside and outside of Oregon,” Oregon Episcopal coach Mark Little said. “It's allowed us to go to tournaments that we don't normally go to. It's much more affordable for us to do that. We made the best of it, and I think we got a lot out of the experience.”

The OES policy debate teams thrived. The teams of Sonia Shenoy/Catherine Zhu and Harrison Copp/Mimi Papathonasopoulos advanced to the final and were named co-champions.

“This was the first time we've closed out and had co-champions in the finals,” Little said. “It's fantastic. It's a great reward for the kids, who accomplished a lot this year in obviously a difficult year.”

In parliamentary debate, Lakeridge mirrored the OES accomplishment as the teams of Emily Zou/Mete Bakircioglu and Peter Gentry/Dash Kim shared the state championship.

“To have that happen in two styles of debate is pretty unusual,” Amdahl-Mason said.

“He's an awesome leader. He definitely has been leading our parliamentary squad,” Wilson said.

Sunset and Hood River Valley captured the 6A and 5A team titles, respectively. Marshfield and St. Mary's of Medford finished as co-champions in 4A/3A/2A/1A.

A rundown of category winners from the state championships: