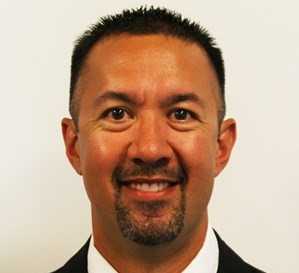 Nathan Chin was the co-offensive coordinator at Crater this spring. (Southern Oregon University)

Chin, who spent nearly two decades coaching small-college football before assisting at Crater last season, has been hired as the head coach at North Medford.

It's fitting in that Chin is a longtime Medford resident, his wife is a North Medford graduate and his sons attend school and play youth sports in the district.

“My family is kind of embedded in this community,” Chin said. “One of my boys has been playing youth Tornado baseball, and I've been coaching him. I have a couple North hats. There are a lot of pieces of it that just feel right.”

Chin replaces Steve Turner, who retired from coaching after going 15-12 in three seasons, including 4-2 this spring. He inherits a program that has won seven state championships, the last one in 1993.

“It's a blessing to have an opportunity to do this at North,” Chin said. “One of the big reasons is just the storied history of it, and on top of that, from a personal level. Just the connection I've been able to make with the people there. It's a great community. They are extremely supportive.”

Chin, 41, played quarterback for Lost River's 2A title team in 1997 before a college career at Southern Oregon. He broke into coaching as a student assistant at Southern Oregon in 2001 and stayed there until leaving for Mayville State (N.D.), an NAIA school where he assisted for two seasons (2006-07) and was head coach for three years (2008-10), going 4-26.

“That was an experience I'll never forget, that's for sure,” Chin said of his time at Mayville State. “It was true on-the-job training, just the administrative side of being a coach. In those three years, I really learned a ton, just about myself and as a coach, what you need to do to align everything to be successful.”

Chin returned to the Southern Oregon staff in 2011 and coached with the Raiders through 2019, the last four seasons as the assistant head coach. He left the program in 2020 and joined the staff at Crater under newly hired head coach Berk Brown, a former assistant coach at Southern Oregon.

“He called me and said, 'Hey, let's get us back together again,'” Chin said. “It just seemed like a good time at that point. My kids are getting into the middle-school range.”

At Crater, Chin served as co-offensive coordinator with David Douglas and was the assistant head coach under Brown.

“That place, I told all the people there as I'm leaving, they helped shape me and give me this opportunity,” Chin said. “If Berk didn't talk me into coming to Crater, I don't know how clear of an opportunity this would've been at this point. The people over there were so awesome. They are definitely a big reason why this made sense, to have a chance to go after it.

“It just happened to be timing that I was in the high school ranks when the North Medford job became available. It felt like a good opportunity to throw my hat into the ring.”

Chin's wife Lindsey (formerly Arkenburg) played soccer at North Medford and in college at Concordia and Southern Oregon. They have four sons, ages 12, 11, 8 and 5.

The family lives a few blocks from the North Medford campus.

“In one year, I went from a 25-minute commute to basically a bike ride,” said Chin, who will teach at the school.