Football: Lakeridge primed for 'gauntlet' after beating OC
Tweet
The No. 7 Pacers, 5-0 for the first time in 10 years, thump Oregon City 41-8 to set up a series of Three Rivers League showdowns
October 1, 2021 by Jerry Ulmer, OSAAtoday 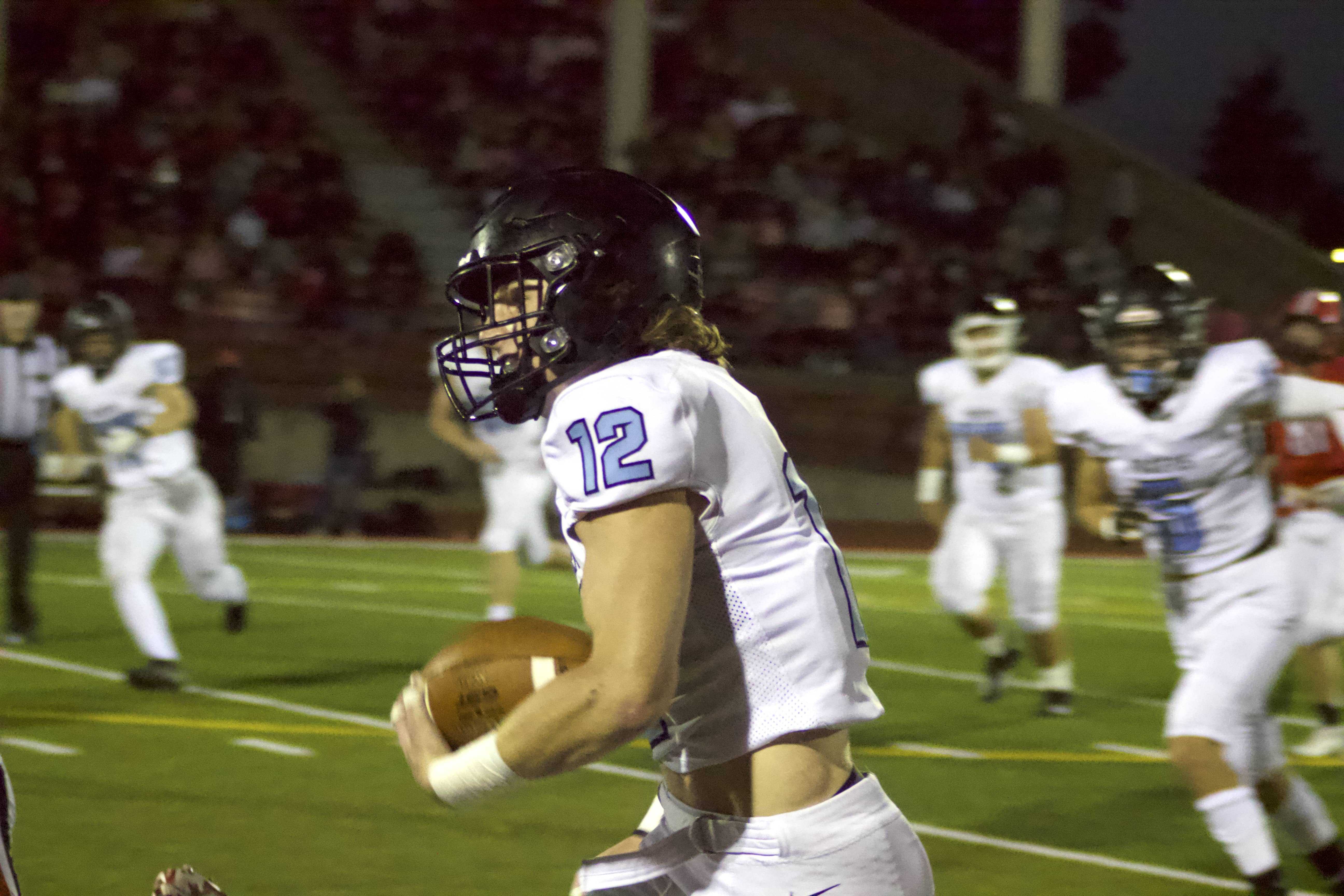 OREGON CITY – Through five games, Lakeridge has taken care of its business. And now, things are about to get real for the Pacers.

The Pacers – 5-0 for the first time since 2011 and No. 7 in the OSAAtoday 6A coaches poll – believe they can contend for a title in the shark-infested Three Rivers. And they will get a chance to prove they are legit in the next two games when they play No. 1 West Linn (4-0) and No. 3 Tualatin (4-0).

“The rubber is just starting to hit the road right now,” Oliver said. “Every week is going to be a battle. We know Lakeridge is always going to be disrespected and always going to be looked down upon, but we'll just keep playing our game, and not listen to the people that are saying we can't do it.”

The Pacers are just trying to focus on the task at hand.

“Same thing week to week – prepare, work hard, play as a team, and I think we can beat anyone in the state if we do that,” Reichle said.

Lakeridge has won all of its games by at least three touchdowns.

“I feel really good where we are as a team,” Pacers coach Spencer Phillips said. “Team chemistry is awesome. We're playing hard. Our defense is playing lights-out. It's just so much fun being around these guys right now. They've having a lot of fun. Now we're in the gauntlet. It's exciting.”

The Pacers made quick work of the Pioneers (2-3). Reichle ran for touchdowns of 70 and six yards in the first quarter and Oliver threw scoring passes of 36 yards to senior Nui Tovey and 30 yards to junior Lucas Burkeen in the second quarter as the lead grew to 27-0.

Sophomore Ethan Biondine made it 34-0 with an 11-yard touchdown run in the third quarter. Oregon City got on the board with a 26-yard pass from senior Camdyn Stiegeler to senior Cade Heitschmidt, but the Pacers answered immediately when senior Zachary Larson returned the ensuing kickoff 79 yards for a touchdown for the game's final score.

Lakeridge's defense overwhelmed the Pioneers, holding them to 164 yards, the bulk of which came in the fourth quarter with the game out of reach. Oregon City had 18 rushing yards on 34 carries.

The 6-foot, 220-pound Biondine, who had one sack at linebacker, credited Lakeridge's aggressive tackling to assistant coach Terry Summerfield, the longtime Barlow head coach and a master trainer for USA Football.

“Shout out to Coach Terry for giving us the NFL-type of tackling coaching,” Biondine said. “We put it all together, our team works as one. We're just all not scared. We know what we can do, and we show it out on Friday nights.”

“We're so fortunate to have him. He's made a huge difference,” Phillips said. “We spend 12 minutes a day on tackling, every day.”

Pacers senior linebacker Zac Waible (6-3, 220), who entered with a 6A-high 58 tackles through four games, had two sacks as well as a tackle for loss.

“He plays with so much heart,” Phillips said of Waible. “He's the heart of our defense. You have to drive him off the field.”

“He's a dog,” Pacers sophomore receiver Joey Olsen said of Reichle. “He's crazy, man. He works the hardest I think I've seen anybody ever. He's up at 3 a.m. lifting. He runs with a purpose every time he gets on the field.”

Oliver had praise for Reichle, who also caught three passes for 32 yards.

Oliver, who missed last week's win over South Medford with a tweaked shoulder, completed 7 of 11 passes for 103 yards and two touchdowns with one interception.

Despite being under heavy pressure, Stiegeler went 16 of 19 for 146 yards and one touchdown. Heitschmidt finished with 10 catches for 99 yards and the one score.

Oregon City is 1-16 in the Three Rivers since returning to the league in 2018, dropping its last 13 league games. The Pioneers are trying to find their way under first-year coach Shane Hedrick, who won 142 games in 19 seasons at Central.

“We're making great progress,” Stiegeler said. “If you look back to the teams in the past, it's a total culture change. We're changing the culture every day, getting better every day. The scoreboard might not show it, but we're improving.”