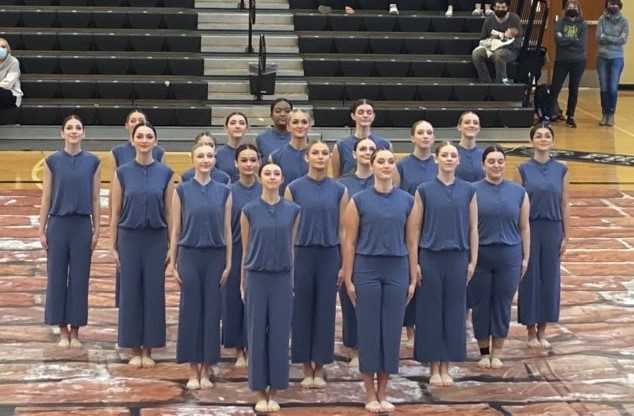 The Clackamas Cavalettes debuted their state show, "Brick by Brick."

After missing the 2020 and 2021 OSAA Dance/Drill State Championships due to the COVID-19 pandemic, dance teams kicked off their winter season competition schedule with their sights set on the 2022 championships.

The Clackamas Cavalettes debuted their state show “Brick by Brick” at Philomath. Their performance earned them first-place with a score of 15.89 in the Show division. Putnam finished second (12.94), followed by West Linn (12.50).

Cavalette captain Kayla Magura on the team’s win: “It was exciting to be back competing with my team for our first competition of state season! Placing first in the show division validated all our hard work. I was so proud of the Cavalettes and all of dedication we have put in thus far!”

West Salem and Corvallis were the only teams to compete in the 6A and 5A divisions. They earned a 9.56 and 12.82 for their respective performances.

The overall high score of the day and Grand Champion honors were awarded to Valley Catholic.

“After nearly two years of not having a traditional state season, it was exhilarating being back out there competing,” said Makenna Vickroy, Clackamas coach. “I’m so proud of our girls for placing first in Show, and for having six Cavalettes place in the top 10 for drill down. They’ve put in hours of dedication, and it was rewarding to see it come to life on Saturday.”

Dance teams continue their winter competition schedule with an event hosted by Canby on Saturday.