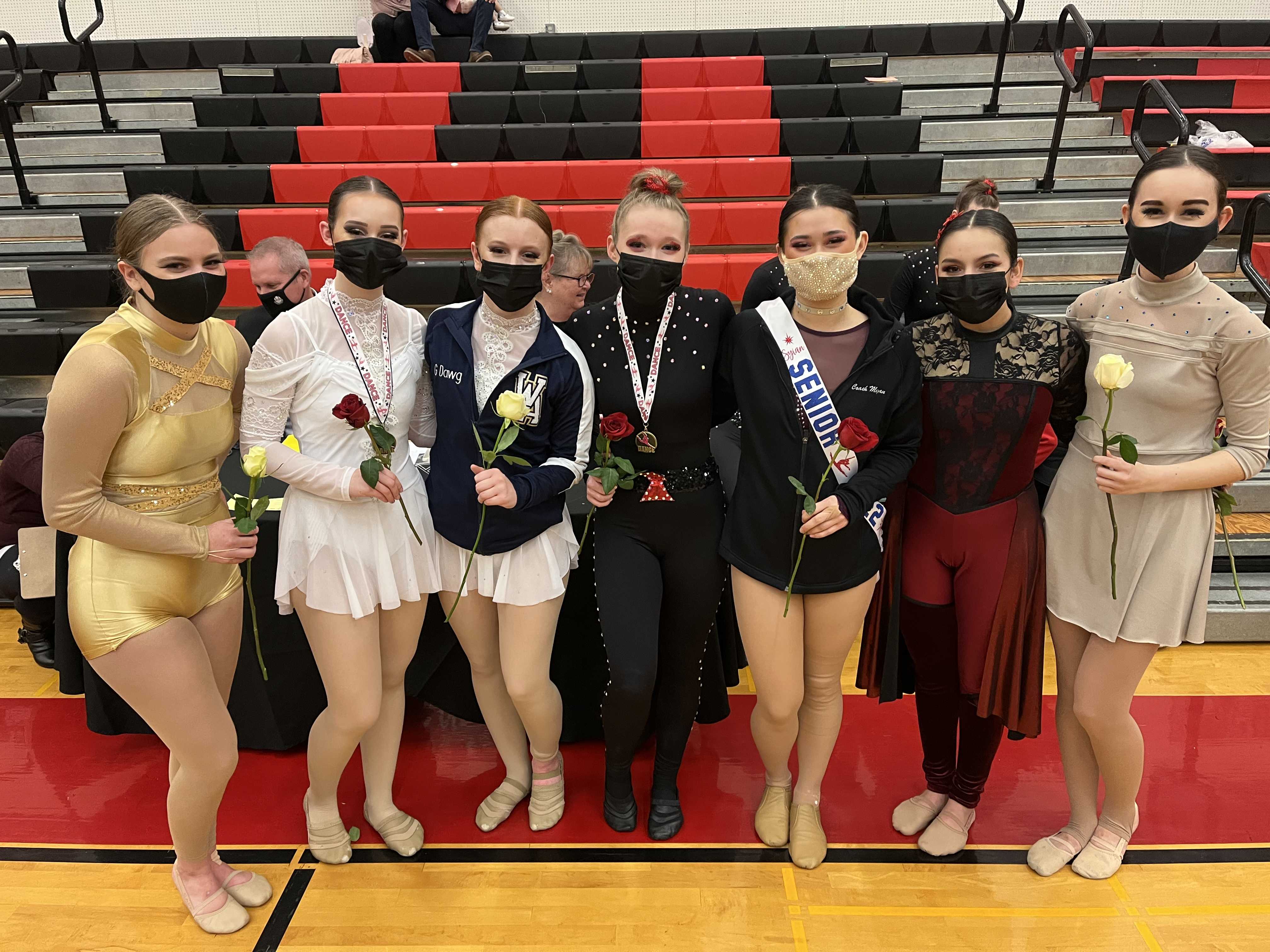 Kalista Daharsh (center) poses with other members of the 2022 DDCA All-State Team.

Dance teams are in the final days of their 2021-22 season and preparing for the OSAA State Dance Championships on March 18 and 19 at Oregon City.

Scappoose was the only team to compete in the 5A division. The Vision Dancers earned a 15.56 for their performance of “Finally!”

In February, senior dancers from around the State auditioned for the 2022 Dance Drill Coaches Association (DDCA) All State Team. Unlike other All-State Teams, only dancers in their senior year of high school are eligible to audition.

All candidates learned a routine via video and submitted their audition via video. Each candidate was judged by a panel of three judges.

Notable accomplishments include: Nelson naming its first dancer to the 6A team; Sherwood and Tualatin naming three dancers each to the 6A team; and West Albany, South Albany, and Sam Barlow, each earning two spots on their classification’s team.

Being named to the All-State Dance Team is one of the highest individual honors a senior team member can achieve.

“The Thurston Competition is going to be a memory that I’ll always remember. Hearing my name being said after announcing all state has been something I’ve wanted since freshman year. I was crying tears of joy knowing that my hard work and dedication has paid off. I couldn’t have done it without the support from my coaches and my team," shared Thurston senior, Kalista Daharsh on being named to the All-State Team.

This year’s All State routine was choreographed by Lisa Zaragoza.