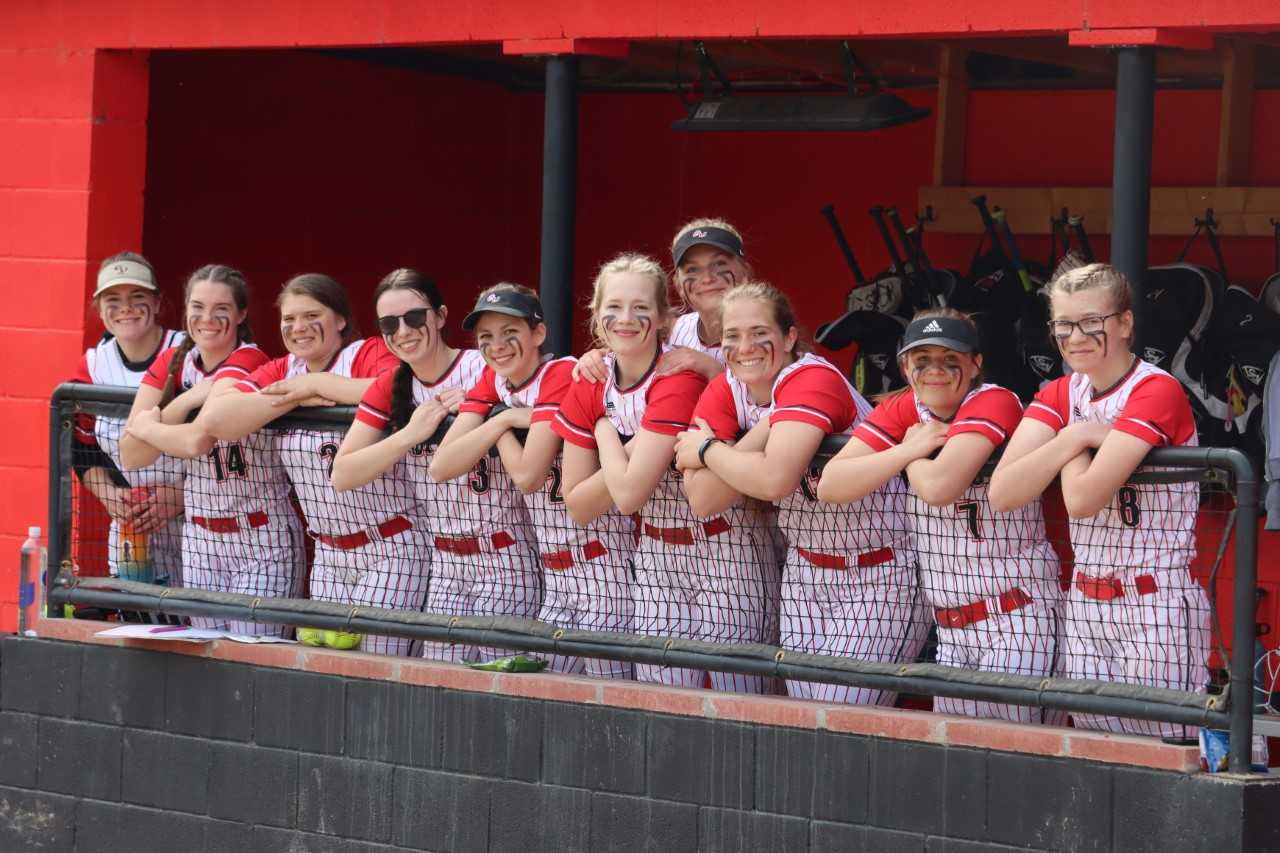 “I told the girls, 'You're most likely not going to go 6-0 in preseason,'” Prospectors coach Zach Williams said. “They proved me wrong.”

Grant Union cruised through its first six games, then swept a Special District 6 doubleheader from Echo to improve to 8-0. The Prospectors, ranked No. 1 in the OSAAtoday 2A/1A coaches poll, have outscored their opponents 108-30.

“I'm really excited about the way we have started,” Williams said. “We intentionally made a preseason schedule that was tough.”

Grant Union has never won a state title or played in an official state final, but the Prospectors have made giant strides since Williams took over as coach in 2018.

Grant Union bounced back from the canceled 2020 season to go 14-3 last year, settling for second place in the season-ending 2A tournament. Seven starters from that team have returned -- including sophomore ace pitcher Drew Williams, the coach's daughter – and three freshman have earned starting spots.

Zach Williams said he believes this year's team, a co-op with Prairie City, is his best.

“We have a lot of depth. I have 14 girls that can play,” he said. “These girls are an excellent softball team. They've been playing together a long time. But a lot can happen between now and then. Right now, eight games in, it's a great start.”

Freshman Addy Northway is hitting a team-best .583 with five doubles in the leadoff spot. Freshman shortstop Savannah Watterson is batting .424 with six doubles, two home runs and a team-high 18 RBIs and sophomore Halle Parsons is hitting .500 with two home runs and 15 RBIs.

The Prospectors have hit seven home runs. Watterson ripped two homers in the win over Harrisburg, including a walk-off grand slam.

“Every year I tell the girls we're going to bunt more, and I'm always a liar, because we hit home runs,” Zach Williams said. “We hit for power. We just put the ball in play hard.”

Grant Union showed improvement from last season with the win over Kennedy. Facing Trojans junior pitcher Jenna Hopkins, who threw a three-hit shutout with eight strikeouts in last year's five-inning state final, the Prospectors had nine hits in the 15-0, five-inning win. Drew Williams picked up the win in the circle.

“We were baffled by her in the state championship last year, and the girls wanted another shot at her,” Zach Williams said.

The coach said the rematch was played in much better conditions.

“Last year it was pouring rain at the state championship, It was miserable,” he said. “And we had played in the semifinals earlier that morning. So it was just a different situation. We came out fresh, the sun was shining, and it was a nice field. The girls just got on it.”

The Lava Bears have won 25 in a row since losing to 5A Pendleton 5-2 last season.

Neiss (5-0, 0.00) has not allowed an earned run this season, striking out 75 batters. Last week, she fanned 10 in a 1-0 win over Mountainside and threw a five-inning perfect game to beat Grants Pass 10-0 in the second game of a doubleheader.

Neiss also is batting .348 for the third-ranked Tigers.

Notes: Junior outfielder Ava Carroll was on a roll for Canby last week. In four games, she went 12 for 16 with a double, four triples and a home run. She had six RBIs and scored eight runs for the Cougars (5-2), who won three of the four games. … Mountainside senior Addison Kachnik is batting .667 with seven doubles, one triple, four home runs and 14 RBIs. … Junior outfielder Paige Doerr led Marist Catholic's doubleheader sweep of Churchill, going 3 for 7 with six RBIs and four runs. She had a double, triple and grand slam in the 12-1 and 7-2 wins. … Burns sophomore pitcher Ayla Davies had back-to-back 17-strikeout games in shutting out Baker 5-0 and Madras 4-0. … Senior Lola Jarrette showed the way as Summit (2-4) posted its first two wins of the season Saturday, defeating South Eugene 10-7 and 19-13. Batting leadoff, Jarrette went 7 for 8 with five doubles, two walks, three stolen bases, seven runs and two RBIs.