Girls golf: A late-comer to game, CV's Marriott is fast-riser
Tweet
Three years after picking up golf, Crescent Valley junior Mercedes Marriott has emerged as one of the state's elite players
April 18, 2022 by Jerry Ulmer, OSAAtoday 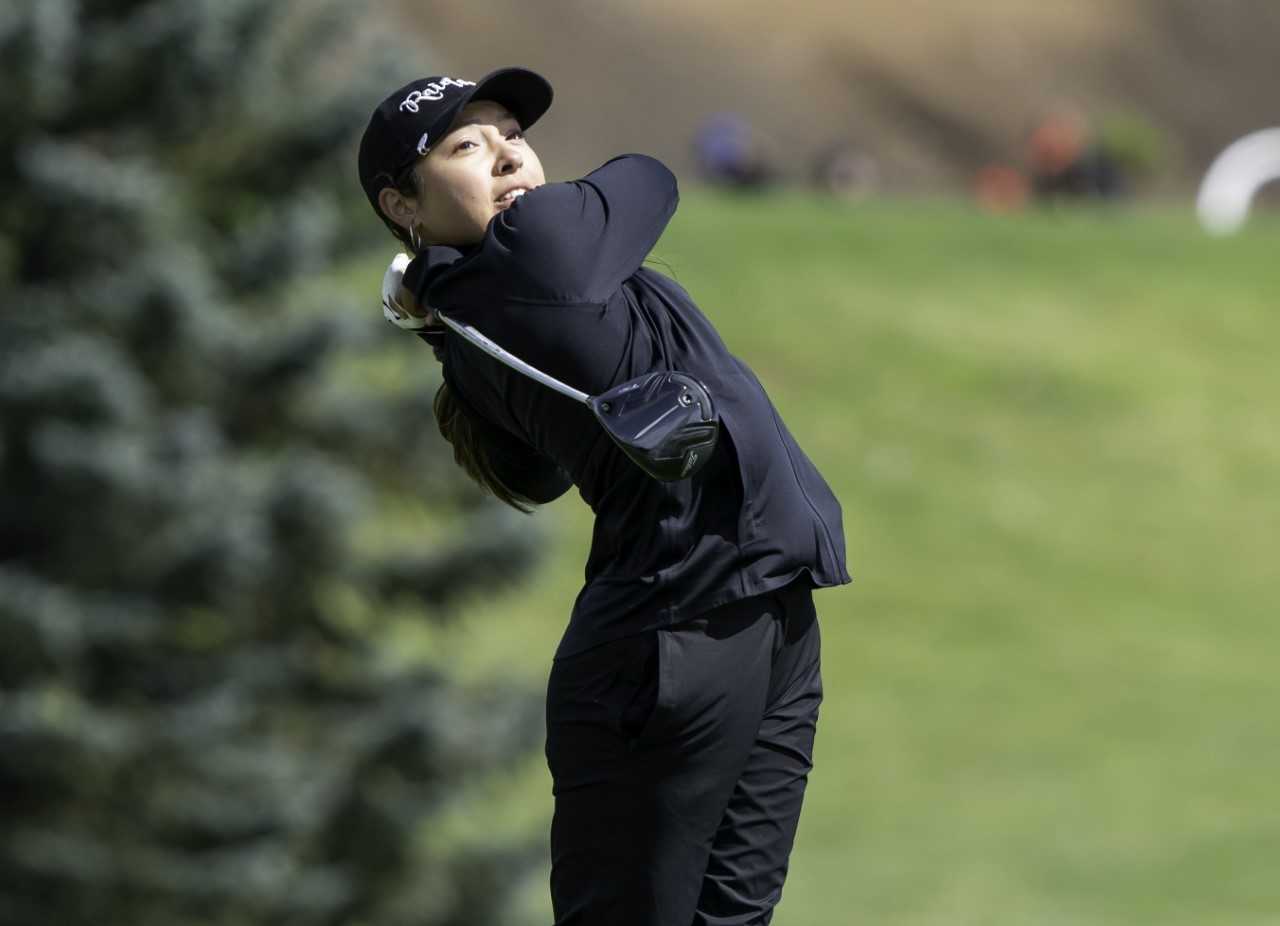 Two years ago, as a freshman, Crescent Valley's Mercedes Marriott debated whether to join the golf team.

Marriott participated in gymnastics and tennis as a youth, but hadn't been involved in competitive sports after suffering a knee injury as a fifth-grader.

“My doctor told me that with this knee surgery, it's not going to be safe to play a sport that puts a lot of pressure on my knee,” Marriott said. “I just picked up golf to see if I would like it.”

Marriott began practicing golf in junior high but did not compete, spending most of her time on the driving range. She finally decided to join the team as a freshman, and after that season was canceled due to the COVID crisis, she made her high school golf debut in 2021.

The 5-foot-1 Marriott made a giant splash last year, winning the Mid-Willamette Conference district tournament and the season-ending 5A tournament. As she continues to make dramatic improvement – shooting a 64 in a practice round at Trysting Tree Golf Club last month – she is looking at a promising college career.

“It's very surprising to me,” said Marriott, whose father, Paul, played golf in high school at Corvallis. “I've been doing other sports, and I never really saw golf in my future. For me to just pick it up kind of fast, it kind of surprised me. I never picked up a club in my life until three years ago.”

Crescent Valley coach Michael Stair recalled playing a round at Trysting Tree in the summer of 2019 when he came in view of the driving range and saw a young girl “just striping golf balls.” He told Mike Connor, the team's other coach, “We might have a golfer coming.”

When Marriott began practicing with the team, Stair's hunch was confirmed.

“We were pretty aware that we had a talent in front of us,” Stair said.

Marriott belies her frame by driving the ball up to 235 yards.

“She generates a ton of power from a compact little body,” Stair said. “Some of the kids out there just want to bomb and go, and she has a pretty deft touch, not only around the greens, but also with her mid-irons. And she's a pretty good putter, as well.”

Marriott believes that her nine years of gymnastics have benefited her golf game.

Last season, Marriott began shooting in the 80s until moving into the high 70s. She fired a 4-over-par 75 to win the district tournament at Trysting Tree, then carded a 13-over 85 to finish first by seven strokes in the 5A tournament on a challenging course at Pine Ridge Golf Club in Springfield.

The titles validated her hard work, but the performance at state left her less than satisfied.

“She knew she could be a lot better,” Stair said. “Those successes, combined with the numbers, really drove her to not just play golf last summer and fall, but actually truly focus on what she needs to do to be a stronger and more consistent player.”

Marriott was active on the OGA Junior circuit last summer, winning tournaments at Salishan Golf Links and Diamond Woods Golf Course and placing third in two others. And she has dominated so far this season, following that 64 practice round to win her first three tournaments, shooting 69 at Trysting Tree, 74 at Cross Creek Golf Course and 71 at the OGA Golf Course.

She even fired a 73 from the men's tees at Trysting Tree early this month.

“She's had a pretty steep ascendancy over the past couple years,” Stair said. “She's incredibly dedicated to the sport. And she's a pretty competitive personality. She has a plan and she goes about executing the plan pretty well.”

Stair said that Marriott has shown growth in the way that she has overcome poor weather conditions this season.

“She's playing with confidence. She's playing with poise,” Stair said. “She's evolving from being someone who can just hit the golf ball really well to being a good golfer, understanding situations, the type of shots she wants to make.”

Marriott has raised her game to the next level as a junior.

“I've taken off like 10 or 11 shots from last year,” she said. “I've improved a lot with my short game and my mentality, just to keep going if I don't hit a good shot.”

Marriott will be shooting to defend her titles this season before a busy summer on the junior circuit. Her future is filled with promise.

“I definitely see her as a Division I-caliber player,” Stair said. “With the numbers she's shooting, she's giving herself an opportunity.”