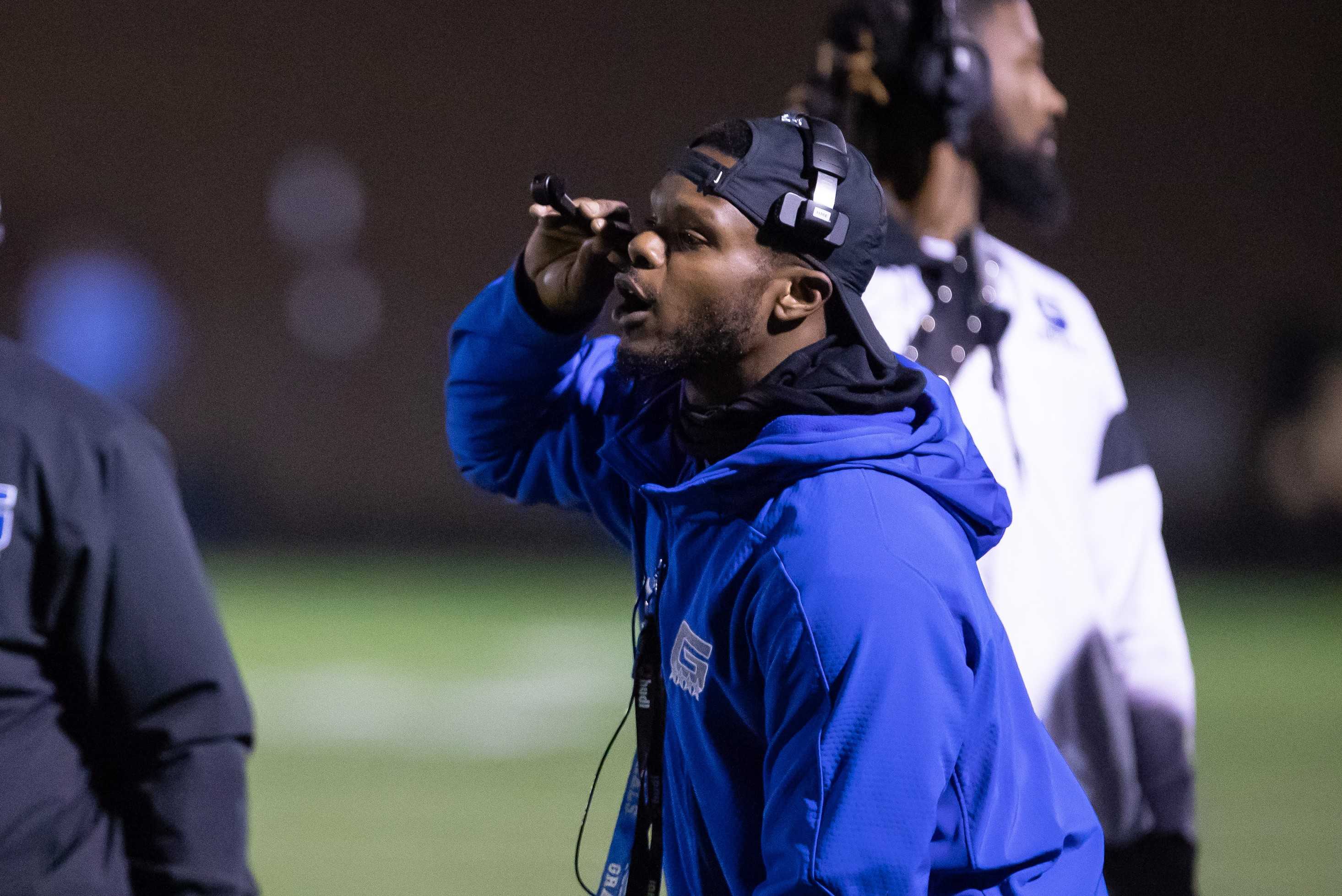 Alex Melson was the PIL defensive player of the year for Grant in 2007. (Photo by Mark Going)

Grant football has been a force in the 6A Portland Interscholastic League in recent seasons, winning at least a share of the league title in three of the last four years.

But the Generals haven't been able to extend that success to the state level, losing in the first round of their last three postseason appearances.

Now Alex Melson, a driving force for Grant teams that made playoff runs in 2006 and 2007, will try to take the Generals to the next level. After assisting in the program for eight seasons – the last four as defensive coordinator – Melson has been hired as head coach to replace John Beck, who resigned after four seasons.

“When the opportunity opened up for the head coaching position, I knew it had my name on it,” Melson said. “There have been some really good coaches in our history. It's a really big honor.”

As a senior in 2007, Melson was the PIL defensive player of the year and a 6A second-team linebacker for a Grant team that reached the state semifinals for the first time since 1964. He believes he knows what it will take for the Generals to trade blows with the state's best teams again.

“When we get that buy-in, we can pretty much be unstoppable,” Melson said. “We can compete with any team in the state. We've shown glimpses of that. We just need to get over the hump to where we can finish these games.”

Grant made the quarterfinals in 2009 and 2011 but hasn't reached the final eight since. The Generals went 16-2 in the PIL the last four seasons but were 4-15 outside of the league.

Last season, they went 5-6 overall and 5-1 in the PIL, sharing the league title with Roosevelt. They lost to Lakeridge 28-14 in the first round of the 6A playoffs.

Melson said he hopes to build on Beck's success in increasing turnout. He knows that keeping athletes is a challenge considering they have other football options in the area.

Melson recalled how he was in a similar situation as he and his friends prepared to enter high school.

“When we left eighth grade, we were thinking, 'Where do we want to go?'” Melson said. “Our parents kind of took the initiative and said, 'Hey, we're going to send them here. It doesn't matter what's going on here, we're going to keep our kids together.' And we were able to change the culture just within our own group. And it got contagious, and Grant was successful for a long time.”

Grant went 21-3 in Melson's junior and senior seasons. He was part of a state quarterfinal team in 2006 and a catalyst for the 2007 team, which beat Central Catholic in the quarterfinals before falling to Sheldon in the semifinals.

The coach of those Grant teams was Diallo Lewis, who made a strong impression on Melson.

“A lot of the coaches are still some of my mentors today, like Diallo,” Melson said of Lewis, now an assistant athletic director for the PIL. “Having coaches and great mentors in my life kind of led me back to that place. So I decided a long time ago that Grant would be a place that I would love to coach.”

Melson, who played at Western Oregon, joined the Grant staff in 2014. He worked at Valley Catholic, De La Salle North Catholic and Benson before landing a teaching job in Grant's health and PE department last year.

Forest Grove has promoted defensive coordinator Cam McFarland to head coach to fill the spot vacated by Dominic Ferraro, who left to take the job at Tualatin.

The Vikings finished 4-5 in their one season under Ferraro, an improvement from 0-6 the previous season. McFarland told the Forest Grove News-Times that he drew encouragement from meeting with the players after his hiring was announced.

"They seem pretty excited about it," McFarland said. "I think the kids have a lot of trust and faith in us and like the direction things are going, so I want to keep it going in that direction.

Grants Pass has a new head coach for the first time since 2008.

“This is a dream come true to come back to my alma mater where I played and went to school,” Page said in a release.

“Coming back and seeing the vision that the administration has was very important to me. I know that the foundation is solid for this program. I’ve coached all around the country, and the Grants Pass football community support, leadership, school, and facilities are second to none.”

Mike Mitchell has returned to Oregon high school football as the coach at Caldera of Bend.

Mitchell has coached at six high schools in the state since 1969, most recently at North Medford (2012-17), where he went 33-30 in six seasons. The last four seasons, he was the coach at Wickenburg, Ariz., leading the team to the state playoffs three times.

Caldera, which opened last year and played a JV schedule, will make its varsity debut this year. Mitchell replaces Neil Fendall, who stepped down to become the defensive coordinator at Southern Oregon University.