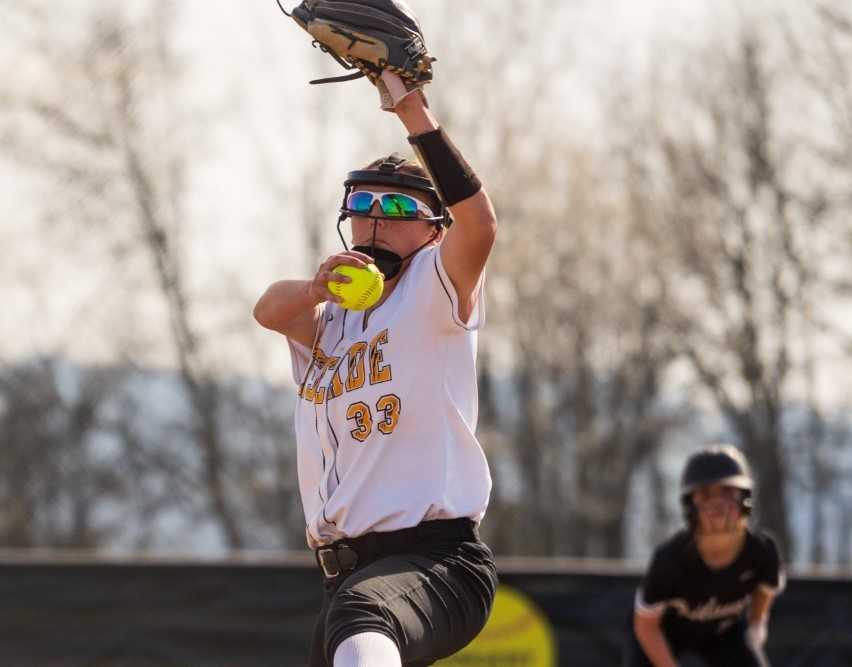 Entering the softball season, Cascade believed that its airtight defense would be a difference-maker.

So when the Cougars gave up two runs on errors in their first game – a 3-0 nonleague loss to Marist Catholic in a matchup of 4A powers – they had to keep it in perspective.

“It was like, 'This isn't normal for us. It probably won't happen again,'” Cascade coach Marty Jeppsen said. “It was a 1-0 game if you take away our uncommon mistakes.”

As it has turned out, Cascade's defense has been excellent, as expected. The No. 2 Cougars (19-3, 16-0 Oregon West Conference) have backed the pitching of senior Hannah Walliman to hold opponents to 46 runs. The only team to allow fewer runs is No. 1 Marist Catholic (20-1), which has given up 16.

The teams could be on a collision course for a rematch in the 4A playoffs.

“We feel like we've grown since that game, and I'm sure they have, too,” Jeppsen said. “We keep looking like, 'OK, we're going to see these guys again, so let's keep working toward that.'”

Cascade's everyday starters have committed only 10 errors in 22 games. During their current 16-game winning streak, the Cougars have yielded just 23 runs.

“Hannah is awesome, but we have all said, herself included, that we would put our defense up against anybody's in the state,” Jeppsen said. “We just love the way our defense communicates.”

“I don't feel like there are any weak spots out there,” Marty Jeppsen said. “We've always said that if we can score four or five runs, we'd give ourselves a chance against anybody.”

With three other pitchers helping to lighten the load, Walliman is in better position to finish strong than last season, when the Cougars lost four of their last six games and finished 12-6.

“Unfortunately for her last season, we didn't have much else, so by the time we got to the playoffs, she was pretty worn out and tired,” Marty Jeppsen said. “In the 4A Showcase, I don't think she performed as well as she wanted to.”

Cascade won 4A titles in 2010 and 2011 under Tim Ganfield. The Cougars haven't been to the final since 2012, when they lost to Banks, but Jeppsen, who has coached the current seniors since they were eight years old, had a hunch this team had championship potential. The Cougars start seven seniors.

“We kind of had this on our radar for a long time,” said Jeppsen, who is in his fifth season as coach.

Cascade's only other losses came against 5A No. 6 Ridgeview and 3A No. 2 Yamhill-Carlton. The Cougars, who were shorthanded in the 3-2 loss to Yamhill-Carlton, will get another crack at the Tigers in a nonleague game Monday.

After that, they will turn their attention to the playoffs.

“We figured we would be a top-five team, for sure,” Marty Jeppsen said. “We feel good about where we're at.”

Tigard senior Makenna Reid set a state record for strikeouts in a game Wednesday by fanning 27 in a 4-3, 10-inning home loss to Lakeridge in a 6A Three Rivers League game.

“She'd probably tell you that she'd trade the record for a team win,” Tigard coach Pete Kostel said of Reid, who earlier this season struck out 23 in a 10-inning win over Oregon City.

In Wednesday's loss, the left-handed Reid gave up five hits and walked two in 10 innings. She surrendered a game-tying, two-run homer to sophomore Delaney Hoyle in the sixth inning and allowed two unearned runs in the top of the 10th as the Tigers committed two errors.

Senior Holly Beeman got the win for Lakeridge, pitching a six-hitter with 12 strikeouts.

Prior to Wednesday, the Florida State-bound Reid had pitched eight consecutive shutouts. For the season, she has thrown 144 innings, allowed 37 hits, struck out 322 and walked 22. She has given up six earned runs.

For the season, Kachnik is hitting .629 with eight home runs.