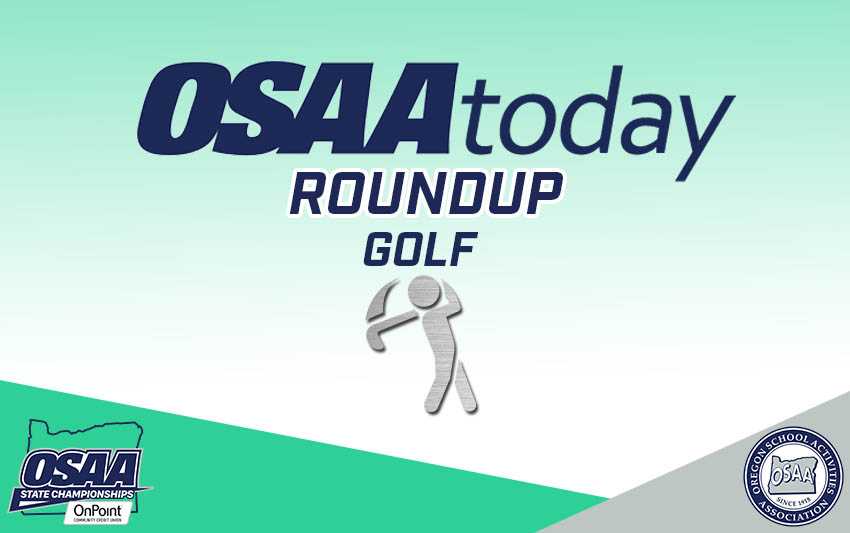 Summit's boys golf team took a big step toward a state title with its performance in the first round of the OSAA/OnPoint Community Credit Union 6A championships Monday at Trysting Tree Golf Club in Corvallis.

Summit junior Brody Grieb shot a 6-under 65 to lead McNary junior Colby Sullivan (66) and Mountainside senior Collin Hodgkinson (67). Grieb had six birdies to go along with an eagle on the par-five, 553-yard 14th hole.

Storm senior Sam Renner is in fourth place with a 70. Summit's other scorers, seniors Ethan Jaehn (72) and Lucas Hughes (73), are tied for sixth and 10th, respectively.

Lincoln sophomore Tanner Overby is in fifth place after shooting 71.

The second and final round is Tuesday at Trysting Tree.

Senior Cole Rueck shot a 2-under 69 to spark Corvallis to the first-round lead of the 5A tournament at Trysting Tree.

The Boise State-bound Rueck, who had four birdies, lead by one stroke over La Salle Prep junior William Koch, who had an eagle on the par-five No. 16 on his way to a 70. Corvallis senior Jaxon Wallis and Thurston senior Kellen Humphries, the winner of the season-ending 5A tournament last year, are tied for third at 75.

Valley Catholic senior Ryoma Lane, Tillamook junior Elliot Lee and Woodburn junior Ty Beyer are tied for first place after one round of the 4A tournament at Quail Valley Golf Course in Banks.

Banks senior Aaron Brown is fourth at 75 and Baker/Powder Valley freshman Isaiah Jones is fifth at 76.

Oregon Episcopal holds a two-stroke lead over St. Mary's of Medford after one round of the 3A/2A/1A tournament at Quail Valley Golf Course in Banks.

St. Mary's junior Brock Drury is the leader after shooting a 4-under 68. Oregon Episcopal senior Ethan Tseng, who had six birdies and five bogeys, is second at 71. Brookings-Harbor freshman Lucas Vanderlip and Bandon senior Ryan Flynn are tied for third at 74.

Oregon Episcopal also got a 77 from senior Henry Ehlich (77), 78 from sophomore Alex Tseng and 84s from junior Matthew Chan and senoir Ronit Mehta.

Valley Catholic junior Challin Kim, the 4A Showcase champion last year, is tied for the lead with St. Mary's senior Riley Hammericksen at 1-over 73 after one round of the 4A/3A/2A/1A tournament on the Ridge Course at Eagle Crest Resort in Redmond.