Softball: 'Cinderella' West Linn moves on to 6A quarterfinals
Tweet
The 27th-seeded Lions outlast Three Rivers foe Tualatin 5-3 in 10 innings to reach the final eight for the first time since 1993
May 25, 2022 by Jerry Ulmer, OSAAtoday 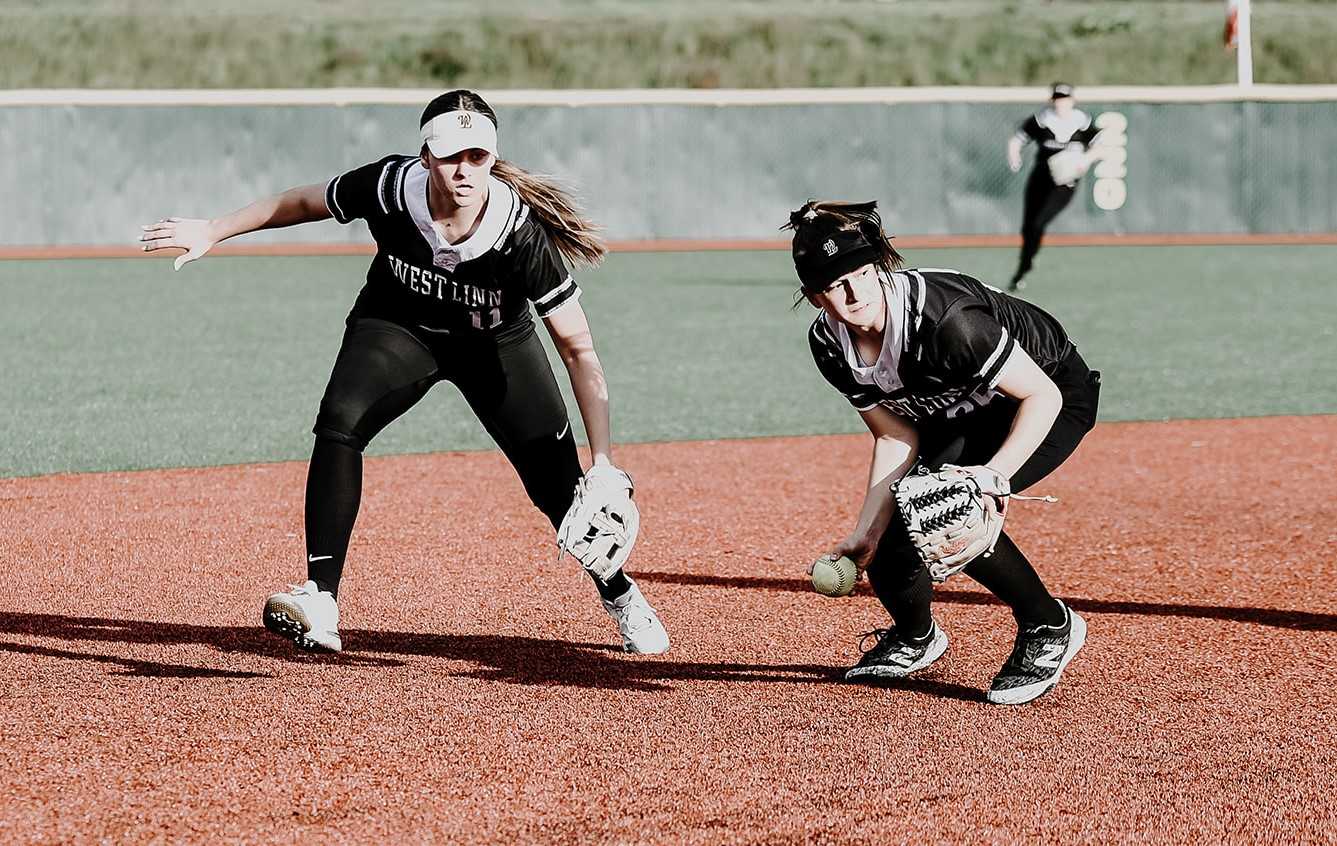 TUALATIN – It's starting to feel as if nothing can stop West Linn's softball team.

The No. 27 seed Lions, given up for dead when they were 1-17 in late April, continued their dramatic about-face Wednesday with a gutsy 5-3, 10-inning win at No. 11 Tualatin in a 6A second-round playoff game.

West Linn, which has won eight of its last nine games, will appear in the quarterfinals for the first time since 1993 on Friday when it meets Three Rivers League rival Oregon City, the No. 3 seed.

The Lions (9-18) tried to put in perspective what seemed unthinkable a month ago. Their only loss in the last four weeks is a 5-4 defeat at No. 1 seed Tigard.

“The way we started, and the way we are now, it's just amazing,” senior pitcher Addison Sobotta said. “It's incredible, the work we put in and all the effort. We didn't give up, and I'm so proud of everyone.”

The midseason adjustments West Linn made have paid off in a big way.

“We changed up our practices. We changed up the way we did everything,” Sobotta said. “We didn't let the start of our season keep us down. We said, 'We're going to restart, and we're going to go kick some butt.' We always had the talent, we just needed to use it.”

Junior Courtney Williams came through with the big hit against Tualatin (18-8), a two-run single with two outs in the top of the 10th inning to put the Lions up 5-3. The Lions escaped a bases-loaded, no-out jam in the bottom of the 10th to seal the win.

West Linn, which beat No. 6 South Medford 6-0 in the first round, is surging with momentum and confidence. Williams said a change in attitude has been key to the team's success.

“I think we stopped worrying about the wins or the losses, and we just started having fun,” said Williams, who hit a home run in Monday's win. “And then it just took off from there.

“We were struggling at the beginning, but I've always believed that we are a strong team. We just needed to find it, and we did.”

First-year West Linn coach Gina Garvey said her team was “50-50” confident heading into Wednesday's game considering the Lions split two Three Rivers games against the Timberwolves, losing 5-4 at Tualatin on April 25 and winning 9-5 at home on May 11.

“We knew that we could beat them, but we knew it was going to be a hard game,” Garvey said. “We were confident that we could win, but we just needed to hit.”

The Lions had nine hits against Tualatin senior Camille Schmitz, who was coming off a one-hitter in a first-round win over Southridge.

West Linn came out swinging. Sophomore Rylee Gaustad led off the game with a double and scored on a triple by senior Ava Sin. Junior Jenna Wheeler drove in Sin with a two-out bunt single, making it 2-0.

Tualatin answered with two runs on four hits on the bottom of the first, getting RBI singles from sophomores Kailyn Engels and Ariel Chanez, to tie 2-2.

The Timberwolves pulled ahead 3-2 in the fifth inning on an RBI single by sophomore Remie Strahm, but West Linn junior Rebecca Gomez drove in a run with a single in the sixth to make it 3-3.

It stayed that way until the international tiebreaker in the 10th inning, when teams started with runners at second base.

Tualatin intentionally walked Gaustad, the first batter, to put runners at first and second. With one out, the runners moved up to second and third on a wild pitch. With two outs, Williams blooped a single into right field, scoring both runners for a 5-3 lead.

The Timberwolves got a walk from Chanez and an infield single from Strahm to load the bases with no outs in the bottom of the 10th. Sophomore Mabry Martin ripped a line drive to West Linn senior shortstop Cydney Hess, who caught it and threw to third base for a double play.

“That was a little scary,” said Sobotta, who got the final out on a ground ball to second base. “Cydney made an awesome play. Honestly, it's all my defense. My defense kills it. They're amazing.”

It was a tough way to go out for the Timberwolves, who were bidding to make the quarterfinals for the fourth consecutive postseason.

“We just kept hitting to people, and theirs went through,” Tualatin coach Jenna Baird said. “This is a great team. I'm truly connected with this team. We're all very sad that it's over so soon.”

Baird said the Lions are “definitely a Cinderella story, for sure. We wish them the best of luck.”

Sobotta, who threw a five-hit shutout against South Medford, gave up 13 hits and had only one strikeout in recording the win. She seemed to thrive under pressure, stranding 12 runners, six in scoring position.

Sobotta didn't begin pitching until midway through the season.

“She decided one day she was going to go out and pitch to a neighbor,” Garvey said. “She hadn't pitched in two or three years. And she decided that, 'I'm just going to go see if I've still got it.' She came to me and she goes, 'I got it.' And she has been our inspiration since. She has been the one to get us going.”

“We just take it one game at a time,” Williams said. “So win or lose, we're just trying to have fun, and trying not to let the pressure get to us.”

Said Sobotta: “Who would've thought we'd even make it to playoffs, and here we are in the top eight. So anything's possible.”