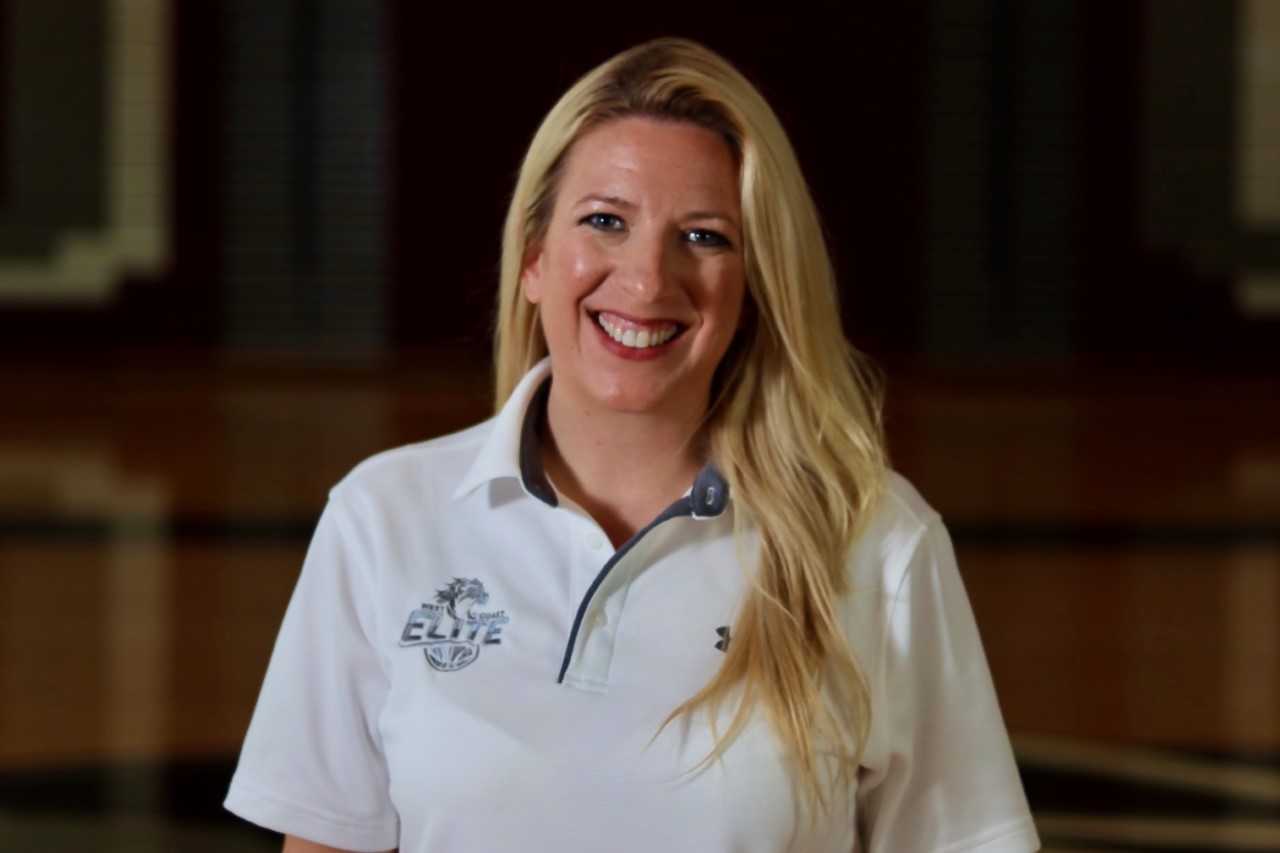 Laurie Evans went 180-98 at Desert Oasis, winning at least 20 games in each of her last five seasons. (Courtesy photo)

Laurie Evans had never heard of Mountainside High School before she learned that the Mavericks were looking for a girls basketball coach this year.

But in many ways, the 1999 Barlow graduate – who spent the last 17 years coaching girls basketball in Las Vegas – felt a certain kinship with the newest Beaverton high school.

Evans started the program at Desert Oasis High School in 2008 and built the team into a state contender. She compiled a 180-98 record, finishing with five consecutive 20-win seasons, capped by a big-school state championship game appearance in her last year in 2019-20.

When Evans investigated Mountainside, where Glen Lee went 57-39 in the Mavericks' first four seasons before resigning as coach this year, she saw a reflection of Desert Oasis.

“It's very similar to Mountainside,” Evans said. “We started the school with only freshmen through juniors, so we struggled, and it was a long process. The last five years we had amazing seasons.”

Now Evans, hired to replace Lee, will carry the torch forward for Mountainside. The Mavericks graduated most of their roster from a team that went 15-10, including three four-year starters, but she believes the program is positioned for success.

“We are literally starting from scratch,” Evans said. “We're going to be super young. That's not a bad thing, though. We have a big freshman class coming in, and they can learn my style, which is completely different than Glen's.

“This year is going to be a building year, but we need to compete. We need to rise to the occasion.”

In her return to the Portland area, Evans is eager to be closer to family, which includes her brother, Craig Evans, the boys coach at Canby from 2010-11 through last season, and her father, Bill Evans, the former Sandy boys coach (1989-94) who has assisted at Barlow and Canby.

“I always told my brother and my dad that I would move up there if the right opportunity came along,” she said. “I didn't necessarily want to start a program from scratch, because I did that and it took a long time. With my experience, I really wanted it to be something I could take over kind of where it was at.”

Evans attended UNLV as a student but ended up getting plugged into the Las Vegas basketball scene.

“To be honest, I really didn't think I would go into coaching,” she said. “My sophomore year, I decided I really wanted to teach PE and coach basketball like my dad. I kind of latched on to a couple programs in Las Vegas, and before I knew it, I had my own gig.”

Shortly after she took over as the coach at Desert Oasis, her father became the school's boys coach.

“I don't know how I convinced him to do it,” she said. “It was kind of like ultimate dream. I was so happy.”

After two seasons at Desert Oasis, Bill got married and moved back to the Portland area, where he assisted Craig at Canby. Craig resigned as Canby's coach following last season, however, and Bill has agreed to join Laurie on the staff at Mountainside.

“He'll be helping me, for sure, we just don't know in what capacity,” Laurie said. “He's such a great basketball mind. He keeps me grounded. I obviously connect with the girls more, but he has that old-school mentality that's good to have around. Everyone should have someone like him around.”

Laurie got involved in club basketball in Las Vegas, helping organize events for the past 15 years, including the summer Big Time Tournament, which features about 600 boys and girls teams. She also has helped run the Tarkanian Classic boys and girls tournaments during the high school season.

She served as the athletic director at Desert Oasis for five years, stepping down before the 2021-22 school year because “it was just time for a change.” She took off last year, spending the basketball season helping out with boys programs in Las Vegas.

When Craig called to tell her about the Mountainside opportunity, she was intrigued.

“I was kind of waiting for the right job,” she said.

She reached out to Mountainside teacher Dan Munson, the former Central Catholic boys coach who has helped with organizing the Big Time Tournament, to get his input.

“He was like, 'Oh my gosh, you're going to love it here,'” Evans said. “I took one tour of the school. It's so impressive. The people were just great. It just felt right. I just feel like it was one of those things that was kind of meant to be.”

Evans is encouraged by the community support and player participation at Mountainside. She said that more than 60 players showed up for a youth camp that Bill and Craig ran while she was preparing to move.

She believes the Mavericks have foundational pieces in 6-foot sophomore forward Kylie Fisher and incoming freshman guard Izzy Shandy. She will put a heavy emphasis on defense, but wants the team to play free on offense.

Evans is hoping to make girls basketball a must-see event at Mountainside.

“One of the proudest things that I've done, besides the wins and the awards, is the fact that our girls games got more of a crowd than our boys games,” she said.