Dance: DDCA All State Team announced
Tweet
Thirty-four top-scoring dance team seniors have been chosen to represent their programs as members of the All State Team
January 17, 2023 by Chantel Kaaihue, OSAAtoday 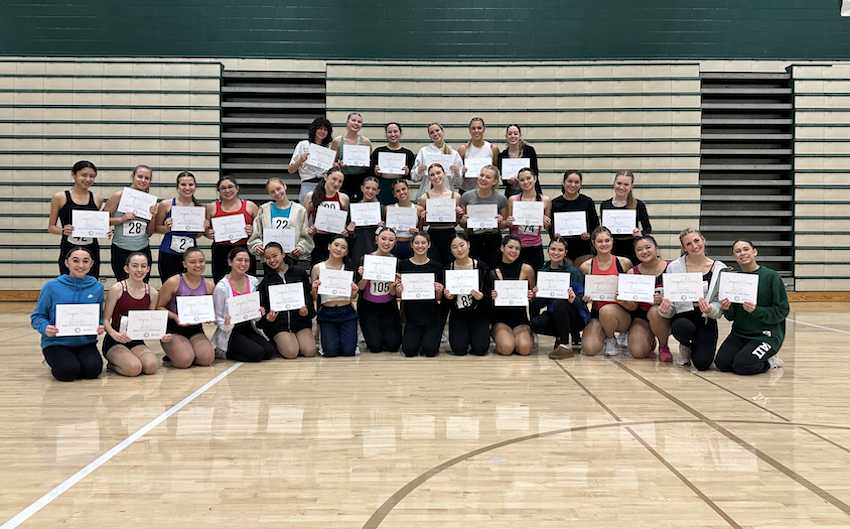 The All State Team was announced Sunday after finalists performed at Tigard.

On Sunday, senior dancers from around the state auditioned for the 2023 Dance Drill Coaches Association (DDCA) All State Team.

Unlike other All-State Teams, only dancers in their senior year of high school are eligible to audition.

All candidates learned a section of a routine via video and joined seniors from all classifications at Tigard High School for the first round of auditioning . Cuts were then made and those finalists chosen by a panel of three judges, went on to learn the second half of the routine. Seniors were placed into new audition groups and continued to showcase their talents with all of the audition material.

Kaylie Schrotzberger from Scappoose quoted Stephen Hogan: “You can’t have a million dollar goal with a one dollar work ethic.”

The 2023 All State Team was announced that same evening after finalists performed. Dancers were able to celebrate with their coaches, receive their certificates and gather for group photos with their fellow All State Members.

“All State was an incredible experience. I got to experience what it’s like to be apart of an audition,” said Lexie DeVaul from South Albany.

Silverton senior Stella Harrison said: “It was my dream to make the All State team when I became a senior and now it has happened. This shows that hard work truly does pay off."

This year’s All State routine was choreographed by Natalie Burton.